Our History in Downtown Lincoln

Saint Paul United Methodist Church has served the Lincoln community from the heart of the city for over 140 years. The present sanctuary building was built in 1901. It was designed by architects Burton, Brown, and Davis of Cincinnati, Ohio and built by Olson Construction Company. The plan was modeled on a common design for the period called the “Akron Plan” with the sanctuary oriented around 45-degree axis. The current Saint Paul United Methodist Church building was dedicated on November 17, 1901.

Our beautiful stained glass windows were installed shortly after the dedication in February 1902. They are based on paintings by Bernhard Plockhorst and are referred to as the “Christmas” and “Easter” windows. The 29’ x 43’ windows have survived years of high winds, hail storms, frigid winters, blistering summers and even the implosion of a neighboring hotel.

The Christmas window, located on the east wall of the sanctuary, is a replica of “Die Verkundigung an die Hirten” or “The Proclamation of the Shepherds.” The window depicts the first Christmas as shepherds rejoice in the angel’s message that the Savior is born. The Easter window, located on the south wall, announces the good news of Christ’s resurrection. It is a replica of “Die 3 Marien Am Grabe Christi” or “3 Marys at the Grave of Christ.” 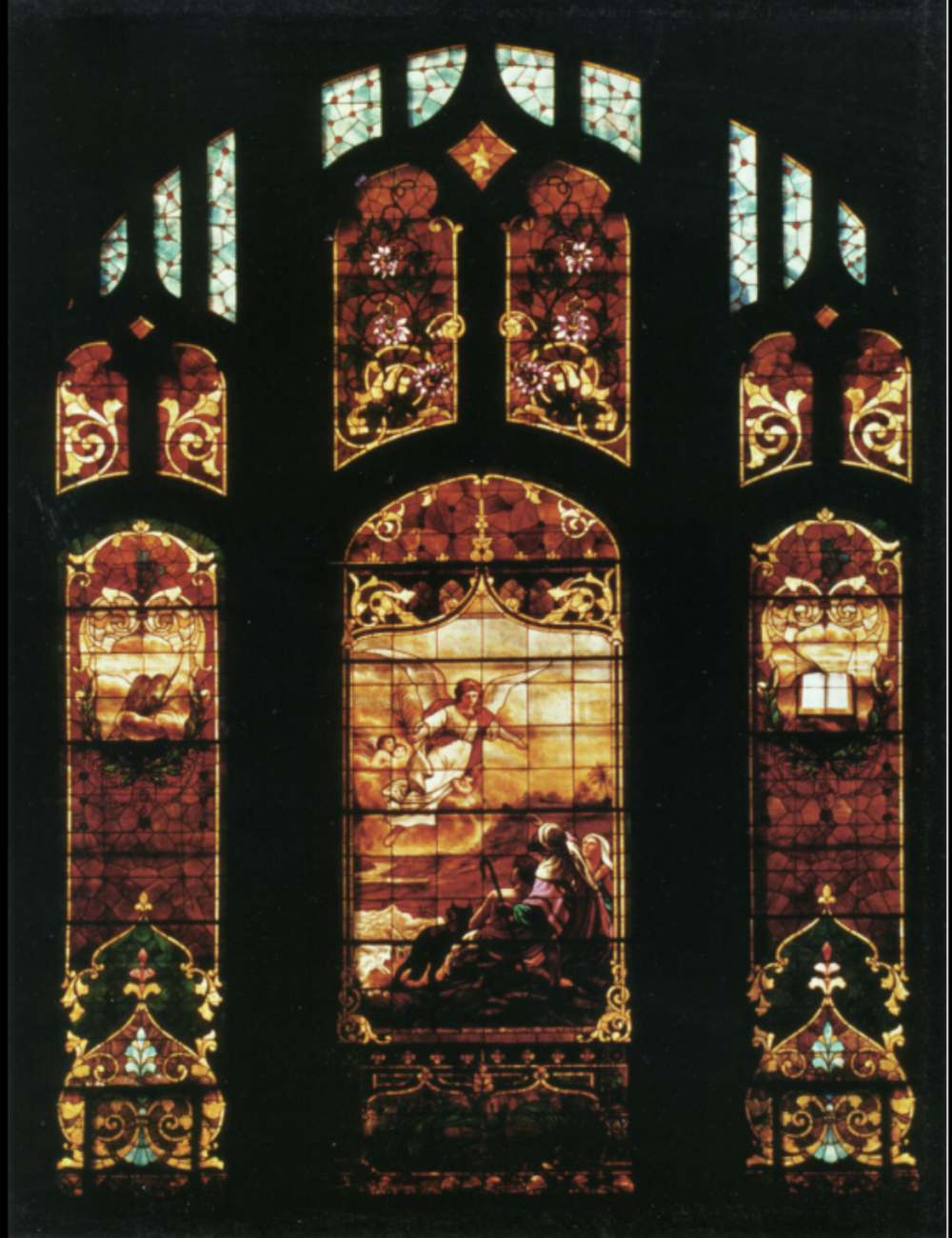 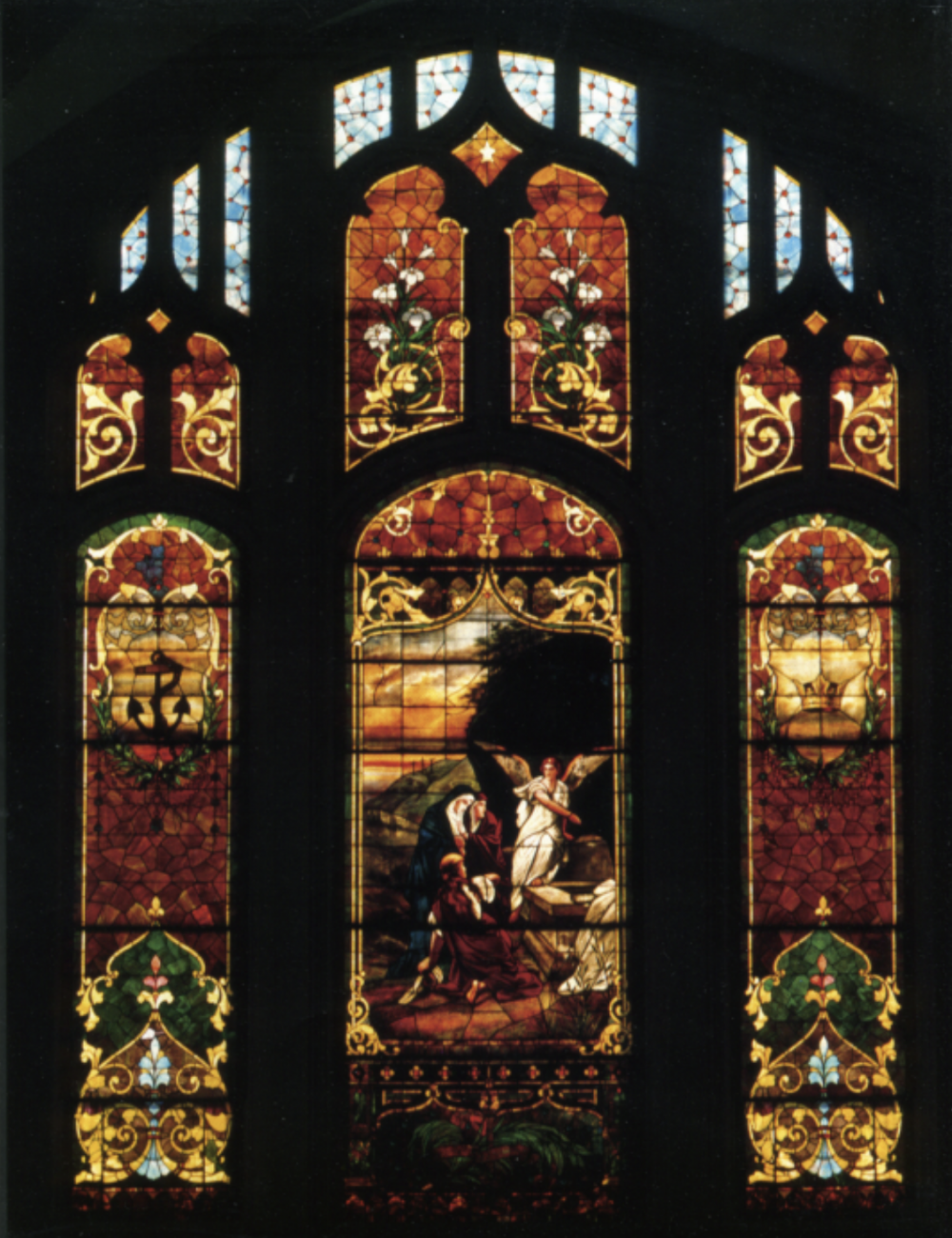 The McKinley bells have been ringing over Downtown Lincoln for a century. While the church was being built, President McKinley was assassinated on September 14, 1901. The citizens of Lincoln, led by Mayor J.H. Winnet, raised sufficient funds to buy the set of ten bronze bells, now located in Saint Paul’s belfry. The chime originally belonged to the McKinley Memorial Association and was loaned to Saint Paul for safe-keeping. The ten bells weigh almost four tons. The chime was dedicated on June 1, 1902. The inscription on the big bell reads “Presented by the citizens of Lincoln and vicinity in memory of our beloved President.” 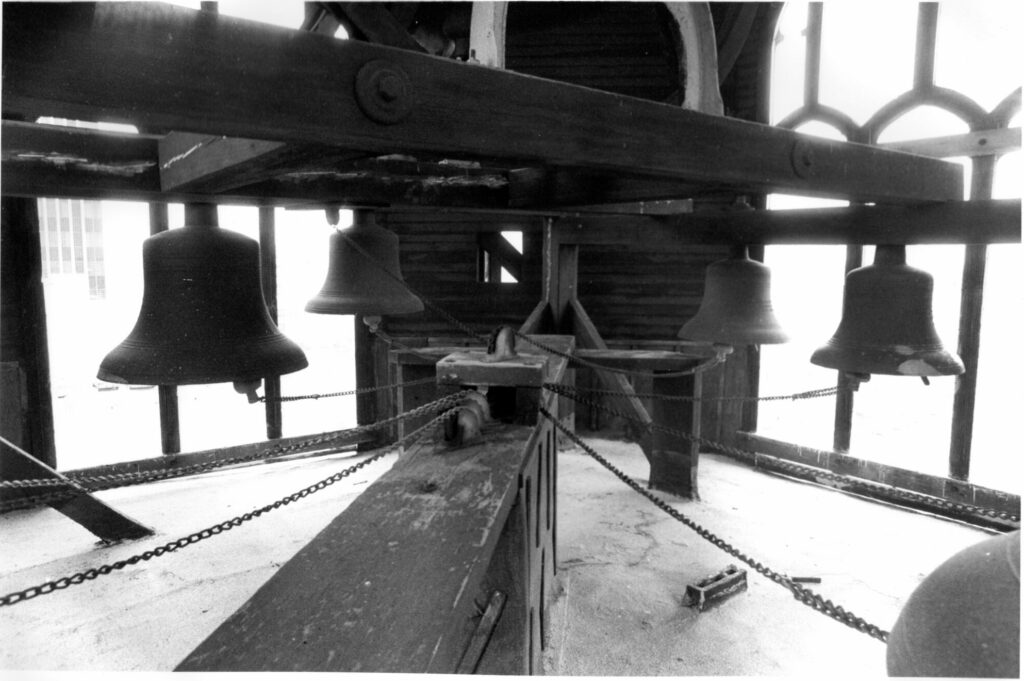 Over the years our church has undergone many changes and renovations. In 1947, the Chapel room was built. In 1951, the old Sharp Memorial Organ was installed.

More recent additions include the Education and Family Life Center, which was the outcome of a strategic planning process that began in 1992 under the leadership of the senior pastor at the time, Dr. C. Rex Bevins. In June 1997, ground was broken on the addition that would house classrooms, offices, and recreation spaces. The addition is 57,000 square feet and three stories.

The 1992 strategic plan also included renovation of the Sanctuary. Lighting was upgraded, pews were replaced and wall were repainted. The sanctuary’s renovations continued into 2001 when the pipe organ was replaced. Everything about the Bedient Opus 70 pipe organ has been tailored and designed specifically for Saint Paul United Methodist Church. The visual design of the organ case, its balance of angles, curves and straight lines work together with the arches of the ceiling, the rounded balcony rails and graceful lines of the remodeled chancel floor to create a harmonious alliance. The decorative foliage in the stained glass windows provide the model for the woodcarvings at the top of the pipe towers and sides of the organ case to further unify the elements of the sanctuary. The Bedient organ is made up of 47 stops, 59 ranks and 3063 pipes. 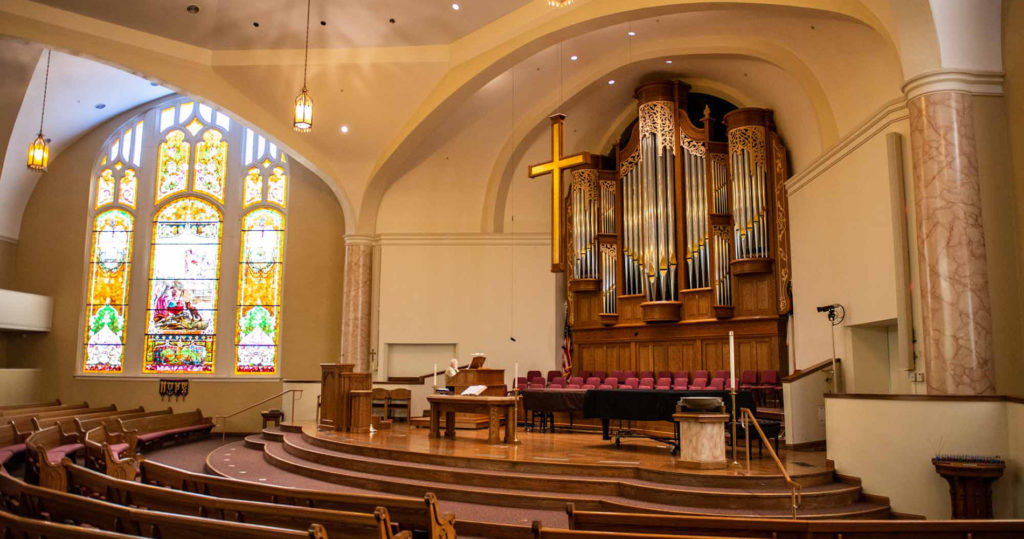 Saint Paul United Methodist Church still serves as a spiritual gathering place for the community. With one hundred years of growth and service, structural changes have been made while still maintaining the architectural integrity of the original building. Saint Paul has long served as a beacon of light to the community. It has met the spiritual needs of Lincoln throughout its history. The church building also nourishes a rich history.

Perhaps you have marveled at the detailed grandeur of the stained glass windows, been beckoned by the chiming of the bell tower, cherished a tranquil moment of prayer in our spirit center or treasured the memories of a congregation united in the sanctuary. If you haven’t joined us, we welcome you with open arms and invite you to worship with us.